Marijuana DUI: Weed Might be Legal in Oregon, but Driving While High on Weed is Not. 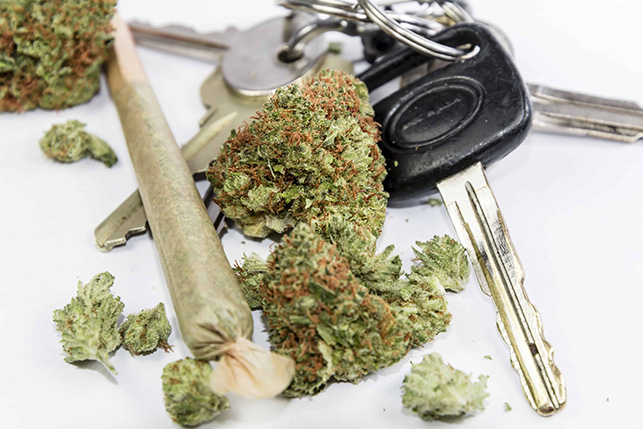 Oregon made marijuana possession for adults legal, but there are still many acts involving weed that are still illegal. Driving while high on weed is one of those and can result in a Marijuana DUI.

Much like with alcohol, if you’re 21 years or older you can smoke marijuana in Oregon. Smoke a bowl and then get behind the wheel of a car, though, and you could be in for a world of hurt with the law. There is no hard and fast standard for marijuana like there is for alcohol (you know, 0.08% = “drunk”). But a police officer who has stopped a driver for a violation and notices signs of marijuana consumption will be looking to see if the driver is impaired by weed.

What will the police officer look for to see if the driver is impaired? Many of the same things as with alcohol:

Because there’s not a specific standard, though, the police officer may ask the driver to submit to a Drug Recognition Evaluation. The point of all this is to prove “impairment”. If the driver can be proven to be impaired by weed, then it could well result in conviction or diversion, with all the costs involved in those programs.

While it’s tougher for the police and prosecutor to prove a marijuana DUI than it is to prove an alcohol DUI, it’s just not worth the risk to yourself and others around you to drive while high. If you smoke a bowl, let someone else do the driving. If you happen to be arrested for a marijuana DUI, contact a DUI attorney like me right away.