Why Do I Need an Attorney for a Traffic Ticket?

Do I Need an Attorney for a Traffic Ticket?

The fact of the matter is that many people would see little benefit in having an attorney’s help with their traffic ticket. But, some will see a benefit. Let’s say that you have already gotten several speeding tickets in the last year and you just got popped for speeding again, and this time, you might get suspended. Or, you drive for a delivery company and those citations you just received for an unsignaled lane change and failing to completely stop at the signal light will cost you your job. An attorney’s help might be just the thing you need. 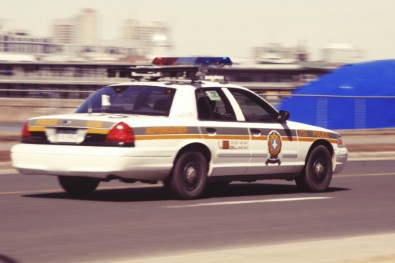 In Oregon, most traffic tickets are called violations, which although they do not carry criminal penalties can rack up fines in a hurry. What you see on your ticket is not the worst it can get, either. Let’s say that you were ticketed for driving 63 mph in a 55 mph zone. The ticket will show a “base fine” of $110. The minimum penalty for that violation is $60, but the maximum for an individual is $250! So, if you choose to plead guilty and explain yourself, the judge can require you to pay a fine of between $60 and $250. If you go to trial and lose, same thing.

Let’s up the stakes a little bit. I watched a traffic ticket trial a few weeks ago, where the driver was accused of a violation called “careless driving”. That is a Class A traffic violation with a base fine of $435. The fellow went to trial and lost. The judge ordered him to pay a fine of $2,000! The judge said the fine was increased to the maximum because he took the case to trial without a good reason to do so. Think he would have been better off listening to an attorney’s advice?

Getting the help of an attorney with a traffic ticket will be worth it.

We’re probably going to charge you $500 or so to represent you with that traffic ticket, but here’s what you get for the money:

I recently represented a young woman with three traffic tickets. Two of the tickets she had a great explanation for, but she had done the third (speeding). We took the case to trial, and through the use of exhibits and testimony convinced the judge of my client’s version of events on those two explainable tickets. The judge found my client not guilty on those two tickets, and appropriately guilty on the speeding ticket. A fine just above the base fine was imposed for one ticket, and my client escaped having to go to traffic school for having the other tickets against her too!

Obviously, every case is different and outcomes in one case do not predict outcomes for every other case.

If you’ve got a traffic ticket, whether it’s for speeding, unsafe lane change, failing to yield, failure to obey a traffic control device, or something else, give us a call. We’ll talk about your case and see what can be done to help, and how much it will cost. It will definitely be worth at least spending a few minutes to get your situation analyzed.