As a former prosecutor, I was called upon to use my discretion to decide whether to charge a person with having committed crimes. This discretion extended to what particular charges to bring, how to phrase the various counts, how to negotiate a deal, and what to seek for sentencing. Sadly, it seems that I hear all too often these days, news that makes me think prosecutors are no longer using their discretion and instead are simply going for the throat. 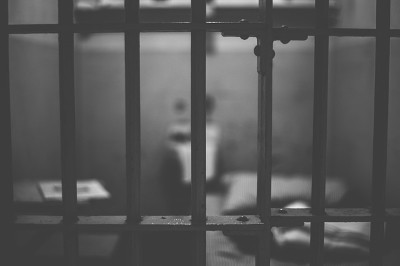 Take this case in Florida as an example. Lee Wollard was attacked in his own home by his daughter’s boyfriend. The attacker ripped stitches out of Mr. Wollard’s stomach. To defend himself, Mr. Wollard discharged a warning shot from his gun into a wall. The prosecutor charged Mr. Wollard with the use of a firearm during the commission of a felony, shooting in an occupied building, and child abuse (his daughter was present and under age 18). Mr. Wollard was offered five years’ probation and no prison time. He went to trial, was convicted, and sentenced to 20 years in prison.
Seven years into the prison sentence, Mr. Wollard was just up for review. Now the same prosecutor who offered probation without prison claims that Mr. Wollard is such a menace to society that he needs to serve the entire 20 year prison term. Where was the use of prosecutorial discretion here? Surely a lesser charge could have been brought in the first place and a plea negotiated. I would have thought that even with the plea offer rejected, the prosecutor could have dismissed the more serious counts and gone to trial on a lesser one than a felony carrying a 20 year prison term! Sadly, the prosecutor still is not being reasonable, having turned around 180 degrees and seeking continued imprisonment.

Sadly, I have to agree with Karl Denninger at The Market Ticker, in his commentary that Mr. Wollard has been wronged by this failure of prosecutorial discretion (and for that matter, the entire justice system). It is also tempting to agree with some of the commentary of others regarding our broken justice system. Remember, though, that one must always behave in a reasonable fashion when defending oneself or another.

If you find yourself in a situation where you have to use self-defense to protect your life or the life of another, remember that your own legal defense starts right at that minute. Get an experienced and knowledgeable criminal defense attorney working for you immediately!